Take the time and watch the whole thing - This is SO funny.

I love the lyrics to this song!


"Never let perfection be the enemy of good." 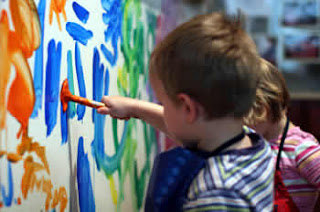 Mr T has the wisdom of a black buddha

I like to pull this video out and make the kids watch it whenever I'm feeling underappreciated. Happy Mothers Day all!

See? People who eat at McDonalds aren't so bad.

Driving through the McDonalds drive thru one day I decided to pay for the car behind me. When I told the lady at the window that I wanted to do that she asked "Do you know those guys or is it just to be nice?" I said "Just to be nice." She smiled and nodded then said "You know, every time I work the window there are usually about two people a shift who do that." I was really surprised - that's a lot, don't you think? I love that there are people in my area who are doing things like that just to be nice. Whenever I perform a random act of kindness I feel great doing it because there is something a little special about giving to someone who will never pay you back and never has done anything nice to you before. When you offer help to people you know there does seem to be a bit of a friendship bank account that both parties try to balance. But when helping a stranger, someone you will likely never see again - you are throwing your love out into the unknown as an act of faith and maybe as a declaration that we are all connected and when one benefits, we all benefit. It feels great to open your heart up to the universe and ask "May I take your order please?"

A Mother & her child 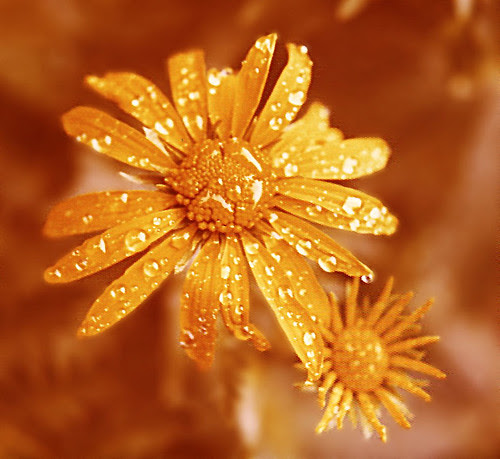 Many years ago I worked in the city of Melbourne, I had just got off the train & was waiting to cross the road, It was winter,pouring rain & freezing cold, (I had a fur coat on that I had only just bought at a sale,)when I spotted a little girl & her mother, both had light dresses on & were sopping wet, I couldn't help myself, I took off the coat & gave it to the mother, she started crying & thanking me as she put it on & bundled her little girl inside the coat.  I cried all the way to work thinking how lucky I was to be able to at least help out a little bit.
Posted by C.J. Schneider at 23:02 No comments:

your place in the family of things

You do not have to be good.
You do not have to walk on your knees
For a hundred miles through the desert, repenting.
You only have to let the soft animal of your body
love what it loves.
Tell me about despair, yours, and I will tell you mine.
Meanwhile the world goes on.
Meanwhile the sun and the clear pebbles of the rain
are moving across the landscapes,
over the prairies and the deep trees,
the mountains and the rivers.
Meanwhile the wild geese, high in the clean blue air,
are heading home again.
Whoever you are, no matter how lonely,
the world offers itself to your imagination,
calls to you like the wild geese, harsh and exciting –
over and over announcing your place
in the family of things.
Posted by C.J. Schneider at 10:15 No comments:

Ways to make the winter a little warmer

Story shared on the random acts of kindness website: 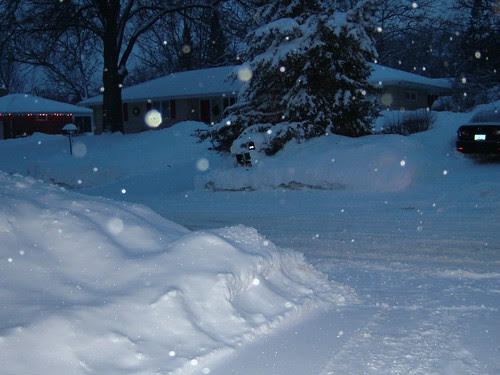 One day, the entire city got nearly 3 feet of snow. Around 2PM before i set off to work, I decided to shovel my driveway along with my neighbours. I chose to do their driveway first cause it seemed like a harder task. After 1 hour of shovelling, I finished their driveway. Right as I was about to start mine, I got a call from my boss asking me if I can come to work earlier because many people called-in sick. I said OK and I walked to work with my driveway undone. After I got back from work, I asked my dad if he finished the driveway himself, to which he responded "The neighbours did it".
http://www.randomactsofkindness.org/kindness-stories/1545-boomerang-effect
Posted by C.J. Schneider at 15:15 No comments:

A friend of mine gave a talk in church today that was so so good.  I wish I could put the whole thing on this blog but in the meantime have found a snippet she shared from a conference talk that I really loved.

"Several years ago, I had the opportunity to run the Boston Marathon. I had trained hard and felt I was prepared, but at mile 20 there are hills. The locals call the steepest and longest hill Heartbreak Hill. When I reached that point, I was physically spent. The hill was long, and because I was a novice, I allowed myself to do something no seasoned runner ever does—I started to think negatively. This slowed my pace, so I tried to think positively and visualize the finish line. But as I did this, I suddenly realized that I was in a big city, there were thousands of people lining the route, and I had not made any arrangements to locate my husband at the end of the marathon. I felt lost and alone, and I started to cry. I was wearing a big red T-shirt with the word Utah printed on the front in big block letters. As the spectators saw that I was crying, they would yell, “Keep going, Utah.” “Don’t cry, Utah.” “You’re almost finished, Utah.” But I knew I wasn’t, and I was lost. I also knew that even if I stopped running and dropped out of the race, I would still be lost.

Do any of you ever feel like you’re running up Heartbreak Hill and that even though there are people lining the route, you are alone? That’s how I felt. So I did what every one of you would do—I began to pray right there on that marathon route. I told Heavenly Father that I was alone and that I was on a hill. I told Him that I was discouraged and afraid and that I felt lost. I asked for help and strength to be steadfast and to finish the race. As I continued to run, these words came into my mind:
Fear not, I am with thee; oh, be not dismayed,
For I am thy God and will still give thee aid.
I’ll strengthen thee, help thee, and cause thee to stand,
Upheld by my righteous, omnipotent hand.
That sweet answer to my prayer gave me the strength to continue on until I crossed the finish line. And despite my fears, my husband was right there and all was well.
That day I experienced more than a marathon. I learned some important lessons. First of all, never wear a big red shirt with the word Utah printed on it. Second, I learned that no matter how well prepared you think you are, there are hills on the course. I learned that people cheering for you along the way are absolutely essential. I learned again that day that we are never alone."
-Elaine Dalton, Conference Talk, April 2008


This made me think about the people in my life that I could be a better cheerleader for.  So for anyone reading this blog and thinking about giving up or quitting something that is important I'm sayin' to you:  Keep going Utah! (or wherever you're from) Don't cry Utah! You're almost finished, Utah! Maybe I'm sayin' that to me too.
Posted by C.J. Schneider at 19:33 No comments:

Visit My Other Blog